April 29, 2022
On the occasion of celebration of Europe Day, May 9, 2022, from 5PM to 10PM at the Freedom Square in Novi Sad, "Festival of Europe" will be held followed by the concert "We are better together"
The anniversary of the Schuman Declaration, which marks Europe Day and celebrates the anniversary of peace and unity in Europe, is one of the most important and greatest holidays of the European Union (EU). On that occasion, in Novi Sad, the city chosen as the European Capital of Culture for 2022, a "Festival of Europe" will be organized on May 9 at 5PM, presenting EU member states, the Ministry of European Integration of the Republic of Serbia and the European Movement in Serbia.
During the "Festival of Europe" from 5PM to 8PM, attendees will be able to see and taste everything that EU members have prepared for them at their stands, but also to compete in basketball 3 on 3 and in free throws in the company of famous basketball players such as Novice Velickovic, to meet Young European Ambassadors, to cheer up their youngest in the children's corner or win interesting prizes in the quiz of knowledge about the EU. On the main stage, there will be performances of Biljana Jovanović, soprano, Ermin Ašćerić, tenor, and Dragana Anđelić Bunjac, soprano, as well as artists from France and Italy.
The concert "Better Together" by the Western Balkans Youth Orchestra will start at 8PM, bringing together 60 young musicians from Serbia and the Western Balkans under the baton of conductor Desar Sulejmani, who will be joined on stage by special guests: Ivana Peters, Frajle, Ana Stanić, Zoe Kida, Bilja Krstić, Kiki Lesendrić, and Stevan B. Karanac. The concert program includes several music genres and includes works of classical, film, rock, pop and ethno music.
All programs in the framework of the celebration of Europe Day are free and open to all visitors.
Europe Day is organized by the Delegation of the European Union to the Republic of Serbia.
Dan Evrope koncert Novi Sad Festival Evrope EUzaTEBE 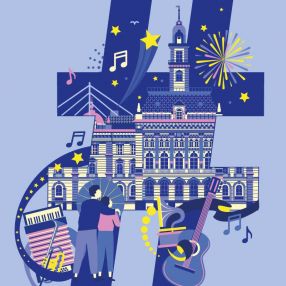